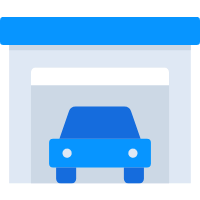 When your home needs a little exterior update, the first place you should look is your garage door. Great garage doors are important because they can help to streamline the exterior appearance of your home, making your entire home look better. Garage doors can also lend to the aesthetics of your home, adding things like hewn wood and decorative accents like metal straps to the outside of your house. However, many people undermine the importance of garage doors, which can cause problems. On this blog, check out all of the great ways you can use garage doors to improve your home.

You've cleaned out your home and have tried to repair as many of those little things that were going wrong as you could find, and now you need a new project. Something simple that shows a definite difference and that improves your life. The main candidate? Your garage door. Most of the time these doors are left plain, with some trim for interest but not much else going on. You don't want to go overboard with changing the door as you could become tired of any massive changes rather quickly once the novelty wears off. There are some smaller changes you can make that will keep you occupied while making your garage a better place.

Patterned Window Film on the Windows

If your garage door has windows that currently have clear glass, try adding patterned window film. This film will provide privacy while still allowing natural light into the garage. You can find opaque, solid-whitish films as well as colorful films that mimic stained glass, and some patterned films have a design in varying shades of white. You'll need film that clings well to ensure it doesn't start to peel off and affect the door as it opens or closes.

Replace the Glass Instead

Another option, albeit one where you may need to call a garage door company, is to replace the glass instead, if you don't want to mess around with adding film. You can get panes that are frosted or marbled, and add different colors of glass, too. This is a nice way to make the door look a lot newer, too, as you won't have to worry about unevenly applied film edges or scratches on the old glass marring the effect.

Painting the Door (but No Removable Decals)

If you have no windows, or you don't want to change the windows, you could try painting the garage door. It's best to contact the company that installed the doors and ask about the right types of paint as some, such as oil-based, may not work as well. (Not to mention oil-based paint can stink for a few weeks afterward, and that's an odor you don't want in your garage.)

You can also look for wall decals and add those, but be aware that some removable decals don't stick that well for long, and they could loosen and interfere with how the door folds as it opens and closes. If you can find decals that you know will stick, those might work if you place them on panels that remain open to the air and visible as the door opens and closes.

Again, the changes you make should be ones that benefit the garage and your home, especially as you're less likely to become sick of those as time goes by. Before starting your project, have a repair company inspect the garage door and ensure all the parts are working well.